Who Is a Veteran?

The answer is “Veterans are defined as anyone who has served for at least one day in Her Majesty’s Armed Forces (Regular or Reserve) or Merchant Mariners who have seen duty on legally defined military operations.”
Even within that broad scope of eligibility, we find that many people who have served, fail to identify themselves as a veteran.

Early Service Leavers are those who served in the military for under six years, their discharge is due to either being compulsorily removed or at their own request before completing the minimum term of their contract (between 3 and 4.5 years depending on the Service branch.

Overall, Early Service Leavers have fallen into that group that previous studies have shown to be those disproportionately disadvantaged, at higher risk of unemployment, homelessness, substance misuse, and mental health issues. Historically, Early Service Leavers in the UK have had very limited access to transition support. This is beginning to improve, but for many, those improvements have been too little and too late to prevent them from falling into deprived socio-economic groups.

Approximately 15,000 service personnel leave the military voluntarily before the end of their contract. These are known as Voluntary Outflows. Voluntary Outflow accounted for three-fifths (60.9%) of trained and trade-trained personnel leaving the Armed Forces. Their discharge is due to either being compulsorily removed or at their own request.

The majority of service leavers/veterans that struggle with the transition of leaving the armed forces are those that leave without a trade or transferable skillset which would support them into meaningful employment.
Currently there are around 120,000 unemployed veterans’ of working age in the UK.

The British Legion has estimated there are currently 6,000 homeless veterans in the UK.
Unemployment can lead to veterans being made homeless and, in some cases, living on the streets. Research shows that being homeless can sometimes force you to follow a life of crime and become alcohol and/or drug dependent resulting in mental health issues.

The Government was spending £1.2 Billion over the next two years on tackling homelessness.

This is the area where the Armed Forces Covenant and its obligations of ‘support for life’ appear more clouded. Very few organisations will commit to working to support veterans in custody. In the NW, UK, there isn’t any military provider supporting veterans within the justice estate.
The question often mooted is, “Was their offending behaviour a result of their military experience?” If we acknowledge a drinking culture within the military, then maybe alcohol has had some bearing.

Is it that substance misuse has become a norm in life experiences, even in the military?

If we accept that some regiments, e.g., the infantry, personnel are taught to kill or be killed, then maybe that has some impact.

However, if we examine the recruitment process that targets young men and women from impoverished, socio-economic disadvantaged backgrounds, then we might begin to see where the problems begin to raise its head.

Former military personnel are less likely to find themselves labelled as ex-offenders if they have had a successful military career spanning years or have been through officer training. Yes, some of these career personnel sometimes do become known to the Ministry of Justice, but just as with every other crime, ‘white-collar criminality’ is regarded very differently from general criminal behaviour that so often involves drugs, alcohol, and violence.

We believe by upskilling unemployed veterans into becoming HGV drivers will prevent homelessness, reduce the crime, and prevent veterans ending up in prison or even worse suicide.

The benefits of having secure employment are as follows: 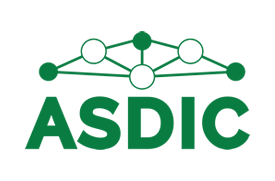 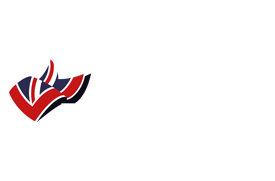